WhatsApp is an App that we can find on the google play store and it is primarily designed for messaging friends, family, and colleagues. Because of its amazing features, its popularity increased day by day because it provides the best communication tool. Facebook follows WhatsApp in 2014 and introduce the new features of audio and video calls. 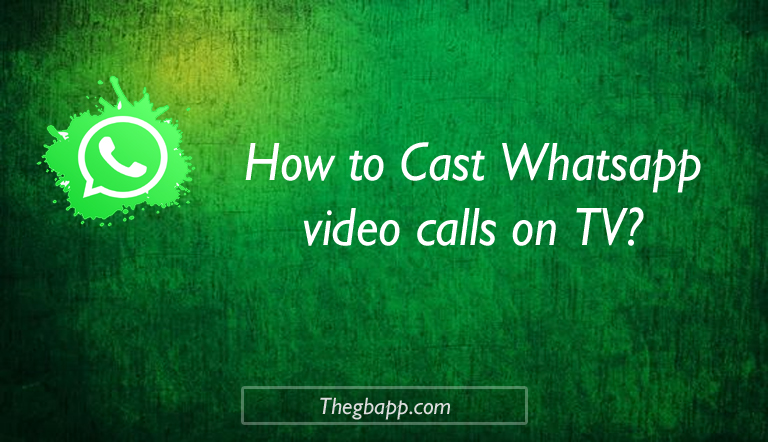 Whatsapp also provides you with the feature of “Status”. In this, you can upload the 30s video or can add text to show your contacts. Furthermore, this app is available on various devices like android, IOS, MAC, and PC. As it provides a lot of features, But still,  there are some who should be part of this app. Cast Whatsapp on smart TV is one of them.

As you read above WhatsApp does not provide in-Built cast features while facebook has that feature. Still, TV. So, there are only methods that we use to cast WhatsApp video calls on TV.

Mostly android devices come with the in-built cast feature that helps the user to screen mirror the android device on the TV. Keep in mind! Connect the Chromecast and android users on the same Wifi network. Otherwise, you will unable to mirror your screen on the TV. So, Follow the steps that are given below to complete the process.

Just follow the given instruction to proceed with that process:

First of all, make sure that the Chromecast device and desktop both are connected to the same internet. After that, follow the given steps carefully to complete your Chromecast WhatsApp video call by using a PC.

We have mentioned above three methods that users can use to cast the GB Whatsapp video call on the TV screen. Users can check all the tabs on WhatsApp on the big screen of the device. Furthermore, they can use all smart TVs, including Sony, Samsung, Panasonic, and others that have the capability to attach to the Chromecast device.